My roots for lacemaking go back to the 19th century when my Great Great Great Grandmother was a lacemaker in Northamptonshire, and it is from this historical influence that much of the contemporary design has emerged. I have always felt a very strong connection with the traditional Bedfordshire lace, and want to capture the spirit of it, whilst still seeing how far the boundaries can be pushed to develop into 21st century design.

“Lace combines the qualities of the phoenix and a chameleon; it has risen again and again from the ashes of a seemingly final slump, to reappear in a different guise to suit a different age” (quote from Fine and Fashionable lace from the Blackbourne collection, (2006) Hashagen J & Levey S. page 86, Durham, Bowes Museum.)

It is this engagement with historical influences which feed my practice, to enable it to develop into work which is of interest to a new audience in the 21st century.I love making traditional lace and can become totally absorbed in it but the contemporary work poses different challenges, as there is nothing to relate the problems to and means that all problems have to be solved myself, without the reference from a previous maker.  The biggest problem for larger scale contemporary work is storage, something not encountered with traditional flat pieces.

Traditional lace of Bedfordshire has many techniques to teach lacemakers of today, and this has led to the research which formed a large part of the MA in Art and Design, and informed the design work throughout the three years of study. Museums hold collections which can be accessed, often through appointment systems, to be able to study how the lacemakers made the work. Through the research in collections, I collected traditional patterns of ground, which formed the basis for the columns. The grounds are often overlooked in lace with the motifs taking centre stage. I wanted to shift the balance of audience perception, in using something normally overlooked to be centre stage, and at the same time, also be in the background, the form and structure being the initial impact, the audience often not seeing the pieces as lace, and only on looking closer asking how they are made. 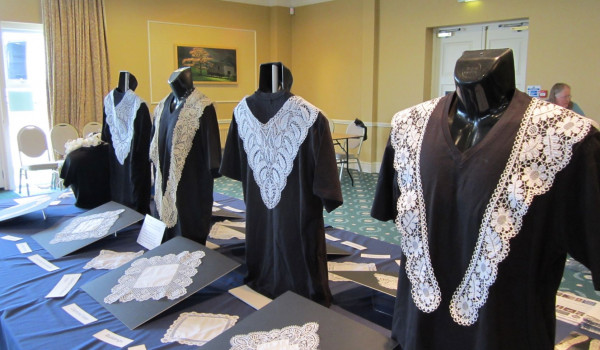 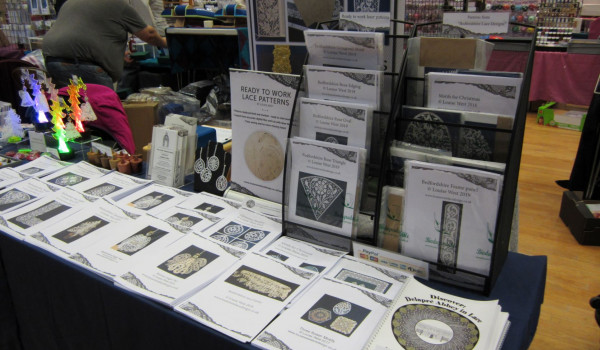 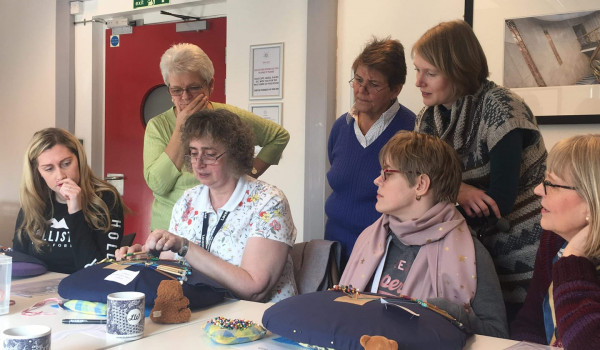 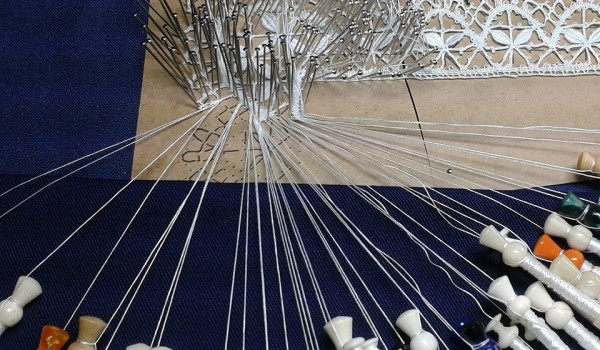